Pretty much everything should work. But you may find some components look slightly off as a result. You can find out what Javascript is here. If you don't have JavaScript turned off, or if something doesn't work that you think should do, please email info@eti.co.uk.

Blade Dynamics is shipping its “D78” advanced assembly blade to the UK from its NASA-based facility to be structurally tested at the Offshore Renewable Energy (ORE) Catapult’s blade testing facility at Blyth, UK.

This is the only modular offshore blade in the world. There are multiple new technologies in the blade including a lightweight and high dimensional accuracy blade tip with built-in leading edge protection. The blade technology has been designed and engineered for simplicity of manufacture in order to reduce variation and ensure better control of quality. The modular technology also has significant benefits in the supply chain, simplifies blade transportation, and allows wind turbines to be designed and built to produce an overall lower cost of energy.

The ETI has supported the development since 2012.

"ETI supported this technology development because blades have been a limiting factor for the cost and performance of offshore wind, and this was an opportunity to demonstrate what is possible. The 78m blade uses technology capable of making rotors whose diameters can reach beyond 200m, enabling larger, more effective turbines and leading to a reduced cost of energy. Once commercialised, this technology can create a pathway to improving performance, reliability and cost for offshore wind as well as providing an exciting route for the future export of blade components from the UK. We look forward to the structural testing at the ORE Catapult and are investigating ways to demonstrate a rotor using this technology on the 7MW turbine that the ORE Catapult is in the process of acquiring." 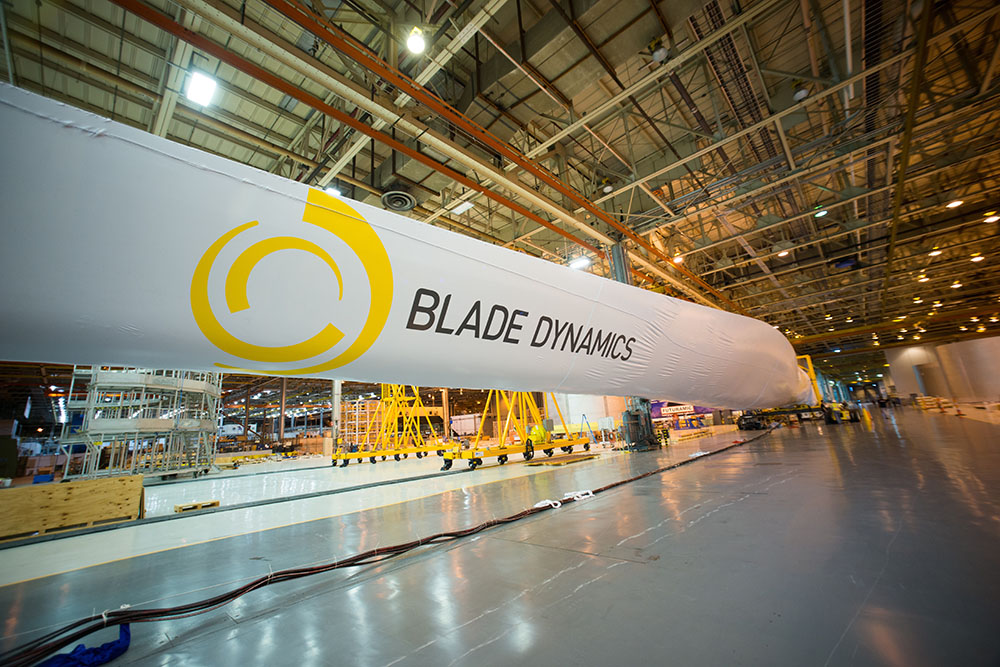 "All the technology behind this blade has been developed in-house by Blade Dynamics and I am very proud to be part of such a great team. Along the way there has been support from DECC, Carbon Trust, The Dow Chemical Company, NASA and most importantly the ETI. The D78 blade was designed based on cooperation with Siemens turbine, but the aeroshape and structural design are 100% Blade Dynamics. We have received quite some interest from different OEMs to fly the D78 after the ORE Catapult test and obtain a longer rotor making their turbines more competitive. The UK has a great tradition of innovation in many industries that intersect and are highly relevant to large, high performance wind turbine blades and this new blade type is a great opportunity for the UK. First and foremost, this can reduce the cost of energy very significantly, but there are also several other unique benefits. Because the blades are assembled from smaller components, we are not constrained by expensive new factories dependent for survival on a very limited local market, making big blades in one big factory. The technology allows the existing British composites industry - boat builders, aircraft parts manufacturers, automotive suppliers and others - to supply transportable components from the UK. The most interesting aspect is that because these smaller components are easily shippable and assembly can be done in a simple warehouse building, blades can be assembled anywhere, with limited setup cost, in the UK or abroad. This creates an export market for blades and allows established UK companies to participate in the wind turbine blade supply chain, which is otherwise very difficult to see happening. This blade, and this technology, is a real game changer."

"This is the largest blade the Offshore Renewable Energy Catapult has ever tested and we welcome Blade Dynamics to the world class facility in Blyth. The company is also working with Offshore Renewable Energy Catapult on leading edge erosion technology, as well as with the National Composites Centre, The High Value Manufacturing Catapult, and exploring turbine test demonstration options with Catapult. This really is a British energy industry success story, using all of the support from government designed to nurture new technology and develop innovative energy solutions for the UK economy."

The D78 Blade was partly constructed at Blade Dynamics’ facilities in the UK and the US. In the US, Blade Dynamics operates from the NASA Michoud Assembly Facility, which has 43 acres under one roof. The same building built revolutionary boats and planes in the Second World War, constructed the main booster for the Saturn 5 rocket program and the external fuel tank for the Space Shuttle program. It is currently developing fuel tanks for the Space Launch System, and Blade Dynamics share the facility with Boeing and Lockheed Martin. 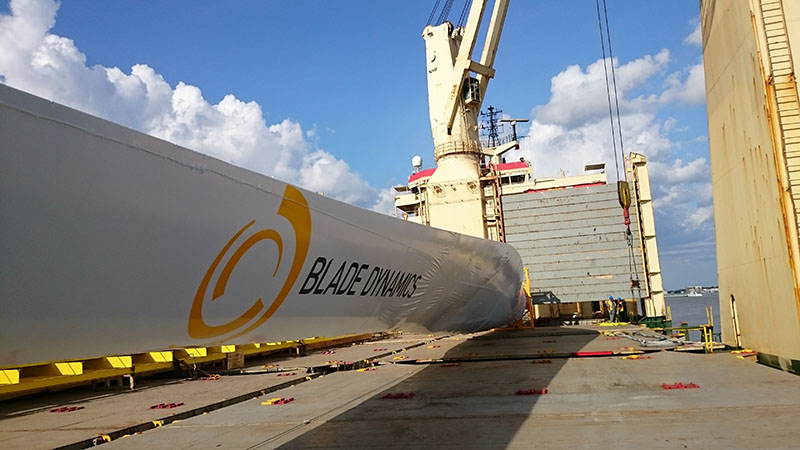 The overall blade design and the manufacture of the separate blade tip were completed in the UK. The main blade section was assembled and then joined to the tip in the US, before being shipped to the UK for testing.